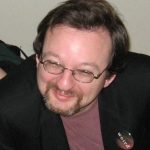 Co-Editor and Publisher
Sean Wallace is the founder, publisher, and managing editor of Prime Books. He has edited or co-edited a number of projects, including three magazines, Clarkesworld Magazine, The Dark, and Fantasy Magazine, and a number of anthologies, including The Mammoth Book of Steampunk, People of the Book, Robots: Recent A.I., and War & Space: Recent Combat. He lives in Germantown, MD, with his wife, Jennifer, and their twin daughters, Cordelia and Natalie. 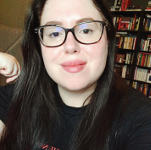 Co-Editor
Clara Madrigano is an author of speculative fiction. She publishes both in Portuguese and in English, and you can find her fiction in Clarkesworld, The Dark, and soon, too, in Nightmare. She’s a Clarion West alumna and her stories have been featured in the Locus Recommended Reading List. She can be found at claramadrigano.com. 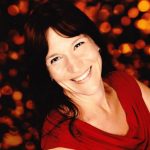 Podcast Editor
Veronica Giguere is a narrator, author, educator, and geek-mom to three nerdy children. She is the voice, producer, and one of four co-authors for The Secret World Chronicle, a podcast novel series written by Mercedes Lackey, Dennis K. Lee, and Cody Martin. Veronica has narrated for several short fiction podcasts, including EscapePod, the Drabblecast, and StarShipSofa, and is the voice of The Empire of Bones Saga by Terry Mixon. She runs on coffee, chocolate, and witty musical parodies. Learn more about her work at voicesbyveronica.com. 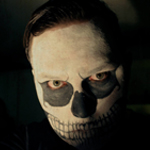 Art Director
George Cotronis is a Greek illustrator and designer, currently residing in Athens. He makes a living designing book covers and is known for his dark, atmospheric genre illustrations. For more information, follow George on instagram at @ravenkult or his website, www.cotronis.com 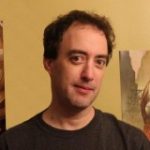 Digital Conversion Editor
Neil Clarke (neil-clarke.com) is the editor of the Hugo and World Fantasy Award-winning Clarkesworld Magazine and several anthologies, including the Best Science Fiction of the Year series. He has been a finalist for the Hugo Award for Best Editor (Short Form) eight times, won the Chesley Award for Best Art Director three times, and received the Solstice Award from SFWA in 2019. He currently lives in NJ with his wife and two sons.