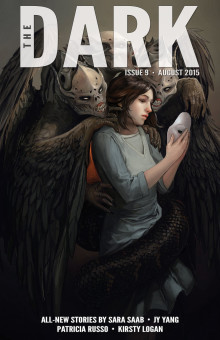 In those years of sunshine that battered the streets, and deluges that wrinkled fingers and toes, the villagers never suspected Hafeez of anything more than putting holes in their teeth. He made bonbons and baked bread. The bread was his livelihood, the bonbons for the pleasure of the village children. When Hafeez lacked the gumption […]

A House of Anxious Spiders

The children’s fight punctured the cordial atmosphere of the old woman’s funeral. Two small boys, opposite sides of the family, had gotten into a full-blown quarrel. And because they had not yet learned to keep their mouths shut, that meant it became a spiderfight. The old woman had not been that old, but that was […]

The Old Man in the Kitchen

My sister Nika and I never liked going to Grannie Luvan’s place. She kept an old man in her kitchen who was said to be some relation of sorts to her husband. The old man would sit in a spot near the stove, and though he had no use of his legs at all, he […]

Once upon a time, there was a little boy who thought he was cleverer than everyone else. To prove it, he crept away from his mother and father to the darkest part of the woods. He felt cold claws grip his shoulder. “What boy dares to trespass on my land?” hissed the witch in a […] 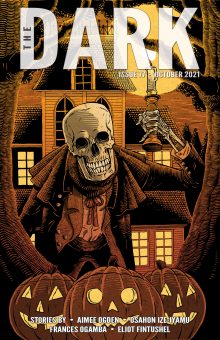