Kali Napier lives in Brisbane, Australia—on the unceded land of the Yuggera People. Her debut historical novel The Secrets at Ocean’s Edge was published in 2018 by Hachette Australia and Little, Brown Book Group. “Needles” was written with the financial assistance of the Queensland Government through Arts Queensland’s Individuals Fund for a short story writing mentorship with the incomparable Dr Angela Slatter. Kali can be found on social media Twitter:@KaliNapier and Instagram:@Kali.Napier. 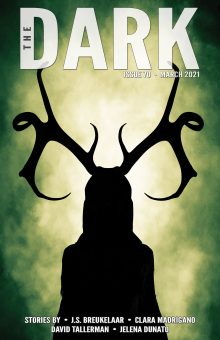